Home ᛫ About
About 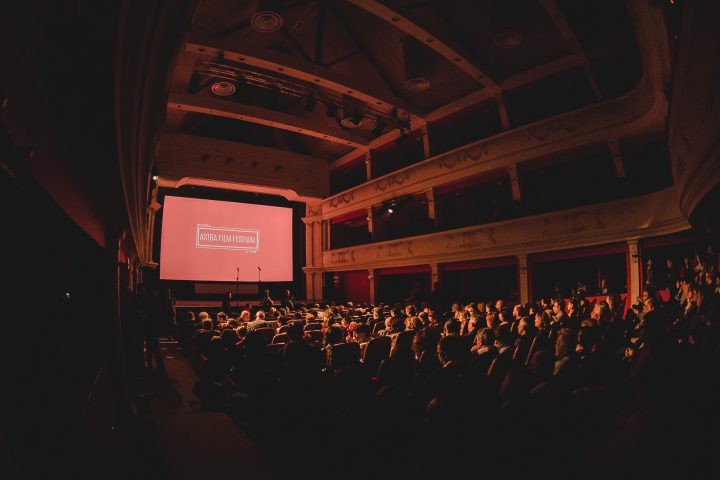 Astra Film Festival, one of the most relevant documentary filmmaking events in Europe, offers every year in Sibiu (Romania) a vital and exciting meeting place of world cinema.

For 25 years now, non-fiction film lovers, general audiences, and professionals from all over the world have attended the AFF editions each October to live an enlightening experience, by exploring and understanding the human condition through the edifying cinema of reality.

A two-way mirror both immersive into and reflective of reality, AFF’s silver screen gives a detailed and intimate account of the essentials of human existence, portrays the culturally diverse contemporary societies, and urges us to reflect by way of powerful cinematographic stories.

The Festival opens a window to the latest international documentary film productions and trends, promotes worldwide cross-cultural understanding, showcases the best interactive non-fiction storytelling, explores how the digital revolution is reshaping documentary art, and celebrates the work of genre’s great masters. Over the years, the festival has highlighted the work and presence of John Marshall, Frederick Wiseman, David MacDougall, Michael Yorke, and Sergei Loznitsa, to name just a few.

Astra Film Festival came into being in 1993 as a groundbreaking project in the region, and its history is a fascinating top documentary in and of itself. Its contribution to establishing a framework for the development of documentary cinema in the whole region, and in Romania in particular, has been consequential. AFF attracted industry attention and has developed several professional activities, contributing to the development of filmmakers and their films at all stages.

The Festival’s industry program DocTank@AFF provides a presentation and networking platform for both established and emerging Romanian filmmakers who currently develop internationally relevant stories originated in this part of Europe. Also part of the industry program, Romanian Docs in Progress showcases documentary film projects in development, getting industry major decision makers to pay attention to film projects that push the boundaries of storytelling, standing out from the crowd of possible narratives and voices.

AFF’s interest in priming new generations of documentary filmmakers has been twofold: to offer unique training opportunities and to educate an ever-expanding and ever-increasingly diverse young audience. The implemented film literacy programme for young and very young audiences has grown into an independent festival called Astra Film Junior, a national event with tens of thousands of participants every year.