Far Right Near Us – Discussion Panel

In the context of the waves of migrants from Syria and other Islamic states entering Europe, many European countries, regardless of their level of development, are confronted with clear forms of racism and discrimination. The line between nationalism and patriotism, on the one hand, and on the other hand between the radical neo-Nazism, and fascist and anti-refugees movements is getting harder to distinguish in the present socio-political context. How justified is a radical stand against refugees, from shutting the borders to hiding behind a mask or a call to arms for a defense army? How far do tolerance and faith go and where does discrimination start?

The authors of the films from the Far Right Near Us thematic sidebar try to help us discover the role that the lack of information and guidance can play among the young. Or how easy it is to manipulate the masses. These films also help us find a balance between patriotism and aggressive nationalism. 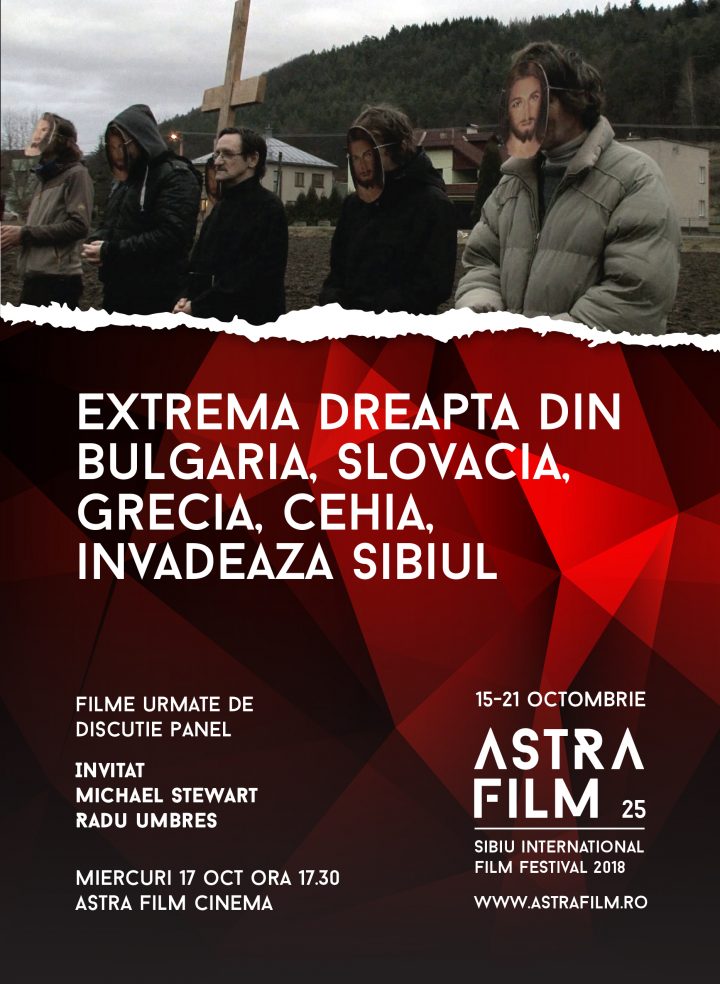