Category - Docschool, Far Right Near Us

Meuthen's Party is a portrait of a provincial politician who doesn‘t shy away from spreading racist sentiments with a smile on his face. The precise look behind the scenes during the rise of Jörg Meuthen reveals an unsettling example of the modern demagogue's methods in Europe today. Jörg Meuthen, a professor in economics, runs for parliament of Baden-Württemberg, Germany's third largest province. We follow the prime candidate of the populist right-wing party Alternative for Germany (AfD) during his election campaign. The film accompanies him on his journey from speeches in local pubs and street campaigning to an audacious address to thousands of party members until he holds his first speech in the Parliament of Baden-Württemberg. The portrait of Jörg Meuthen illustrates the mechanisms of simple rhetoric to capture the masses. 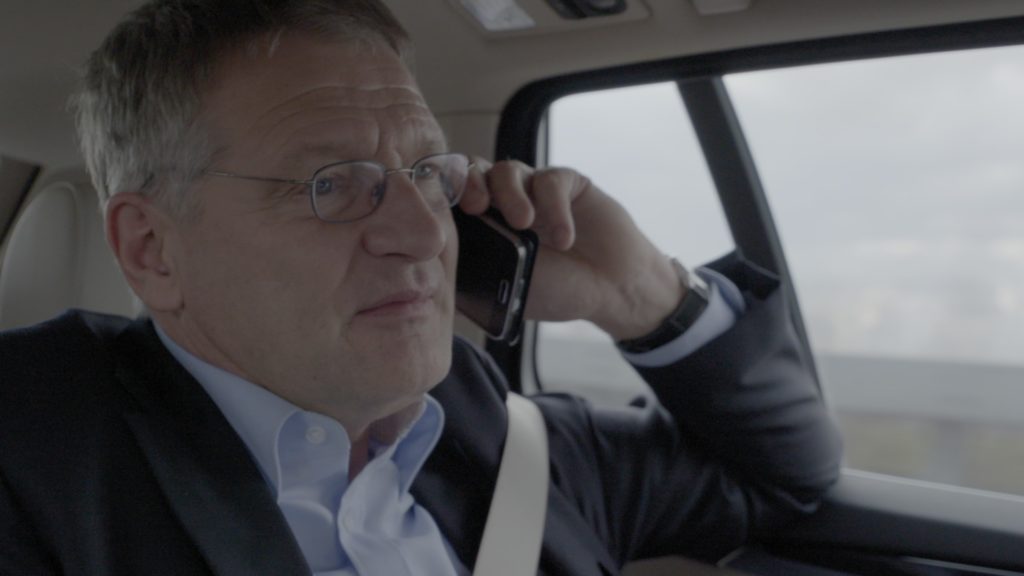