Shielded by the surrounding mountains, there is a village where houses are centuries-old and people treasure the land and their heritage. But the mountains also shield something else: tons and tons of gold and silver-bearing ores, which make the area very appealing to international mining companies. One of them is the Canadian-Romanian Roşia Montană Gold Corporation who aspires to open in Roşia Montană Europe's largest gold mining site. Their plans translate into dynamiting the area for fifteen years, building a 800-hectare reservoir for cyanide-contaminated waste water, and displacing all the villagers. Obviously, Roşia Montană's historical and archaeological heritage assets would be wiped off the map along with the houses, the church and the village graveyard. As a compensation, the corporation promisses money, new houses, jobs. Civil society and environmental NGOs react. New Eldorado captures the early days of a classical environmental conflict between the promoters and the opponents of the mining project. Caught in the middle of the dispute, the locals are bound to become its first (and perhaps only) victims. "I have always had faith in the power of art and cooperation to move mountains. Today, I also know that such power and cooperation is also capable of stopping mountains from being moved." (Tibor Kocsis commenting the extraordinary international reaction generated by the film) 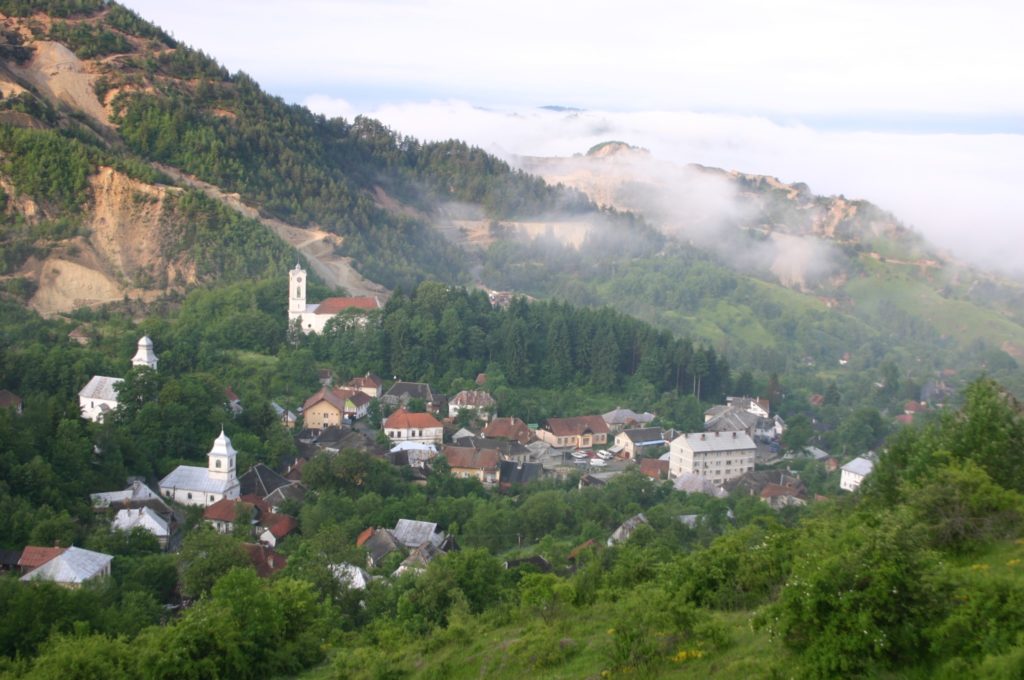