One Day in Aleppo

After five months of the suffocating siege and daily bombings of the city of Aleppo, a group of children take it upon themselves to start painting colors in their city as a game in order to forget their daily struggles and to show some optimism among the hundreds of thousands of people trapped in the city. The film brings the devastating effects of the war and siege to eye-level. The public has probably ceased to be moved by the sight of collapsing buildings and shots of rescue teams pulling out anonymous victims from ruins; there has been an inflation of such reports in the past year. But when the focus shifts to ordinary people and their activities, the view becomes personal. We can see ourselves in these people and a nagging question comes to mind: how would I cope if it were me? 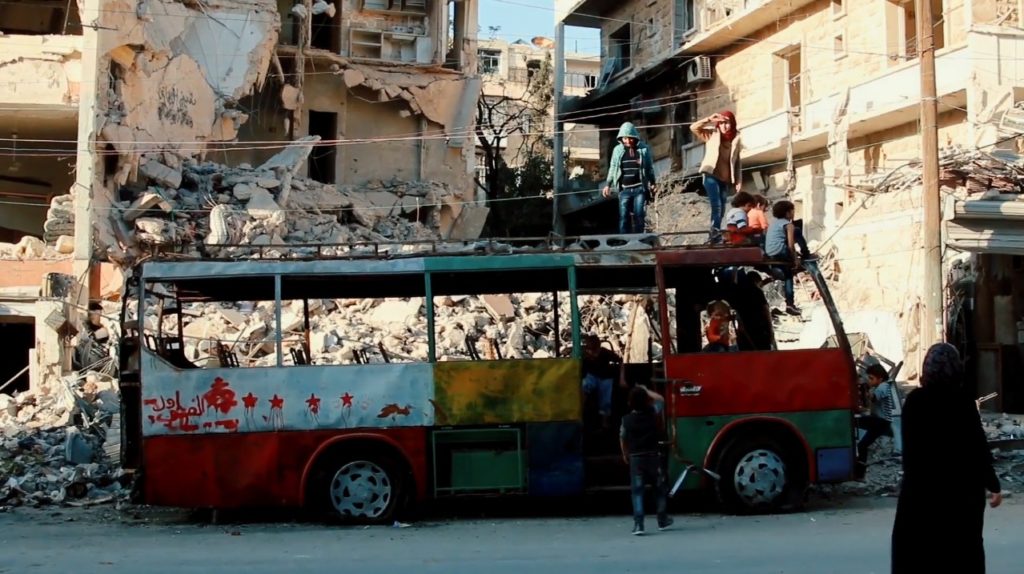