Our Song to War

Category - Shorts, In a Larger View

The deeply poetic hybrid documentary Our Song to War observes the Afro-Colombian city of Bojaya, as it reconciles with its war riddled past. Among the ruins villagers go about their daily lives. Sons of guerrilla, paramilitary and civilian parents forge unlikely friendships as they bond over their shared loss. Instead of remaining trapped in the trauma of the past, they free themselves through cathartic rituals. With candid observational footage and a mysterious whispered voice over about supernatural happenings, the documentary moulds itself to become a reflection of the mystical aura rooted in this place. In both Bojaya and this film the earthly and unearthly truly coexist. 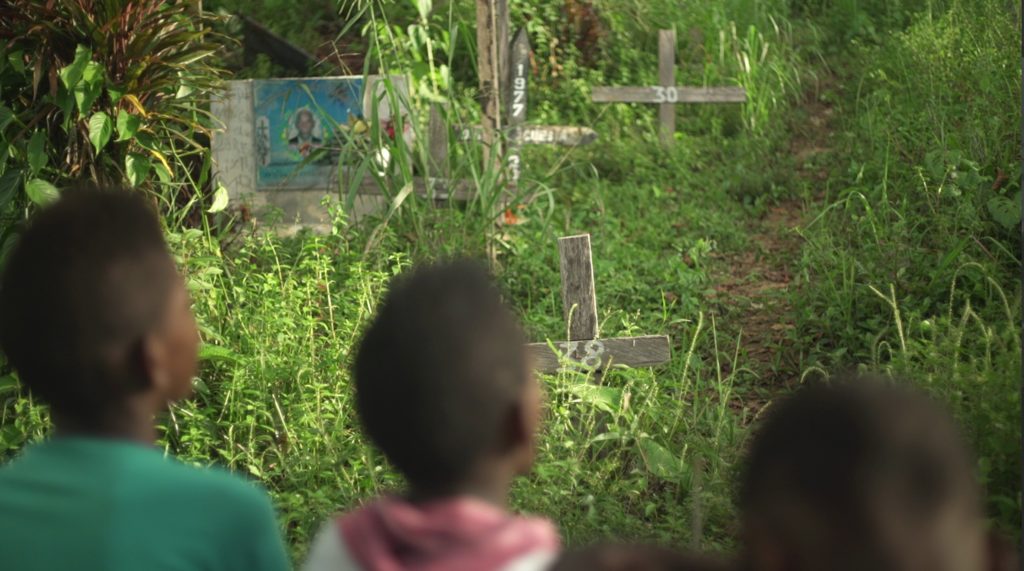