Category - International, In a Larger View

Observing the travelers of a train on a three-day journey across Tanzania, Tanzania Transit allows us to have a subtle and artful glimpse on the whole Tanzanian society itself. A life-long victim of abuse, Rukia is a self-made woman out to once more rebuild her life. On his first ever train ride, Isaya comes in contact with the modernity his grandson feels so at ease with, but also encounters prejudice against them being Maasai. Former gang leader Peter is now a preacher out to make a profit. Without making its protagonists exotic totems of Africa, the documentary manages to be very direct and personal through skilled observation alone, and to tackle issues like human rights, abuse of power, and commercialization of faith. 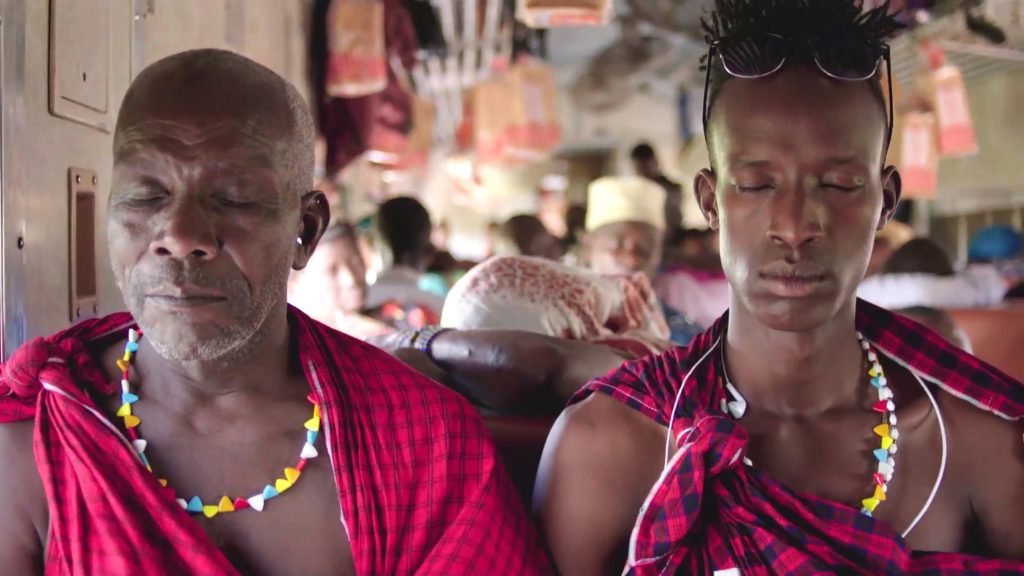